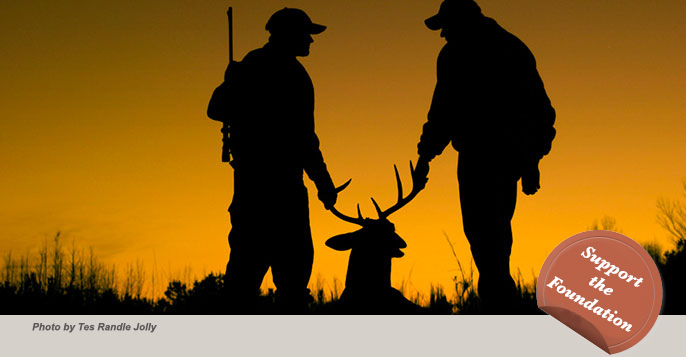 Promoting Public Understanding of the Profound Benefits of Hunting to Natural Resource Management and Protection, and the Significant Positive Impacts Economically and Societally

People easily forget that society decides for us what our rights and privileges are.  In Alabama, for instance, only 7% of the people hunt in any given year.  The 93% who do not hunt obviously outnumber those of us who do, but thankfully, the vast majority approve of lawful, ethical hunting.  The more the general population understands about the critical role that hunters play in paying for management and protection of wildlife resources, the stronger public support for hunting becomes.

Public policy, in the form of laws and regulations at the state level, largely determines what we can and cannot do as hunters.  The Public Trust Doctrine, established as a matter of law many years ago, gives responsibility and authority to the states to hold title to wildlife resources and to manage these resources for the benefit of all the people.  The exception to this doctrine is migratory birds, which the federal government has authority to regulate.

State laws pertaining to hunting are enacted by the state legislature, the elected representatives and senators.  State hunting regulations dealing with seasons and limits and other details are set by the Commissioner of Conservation based on input of professional staff along with public input at Conservation Advisory Board meetings.  Public sentiment drives public policy, and it is important for our elected and appointed officials to hear from rank and file hunters and landowners.  Unless the mainstream hunting community is heard, a void is left to be filled by narrow special interests which do not represent the views or best interests of the mainstream.

Ultimately, our actions, individually and collectively, as hunters determine how non-hunters feel about hunting.  Lawful, ethical hunting enjoys a high level of public support.  So it is important that our conduct as hunters is always responsible.

The Hunting Heritage Foundation is working to heighten public understanding of the role hunters play in paying for wildlife resources that benefit all of society in many significant ways.  As hunters, it is important for all of us to understand and be able to explain in simple terms how our hunting license purchases pay for management and protection of wildlife resources.