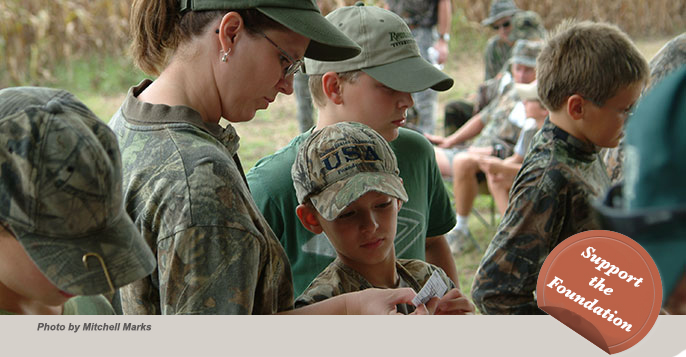 Maintaining Robust Participation in Hunting now and into the Future.

In any given year, some 535,000 people over the age of 16 hunt in Alabama, enjoying over 10 million man-days of healthy outdoor recreation, paying for wildlife management and protection , and driving a huge economic engine.

Hunters have funded wildlife management and protection for the past 76 years through hunting license purchases, combined with 3 to 1 federal matching dollars generated through federal excise taxes paid at the manufacturer’s level on firearms, ammunition, and archery equipment.  The benefits to all of society and to natural resources are profound.

Consider that just 73 years ago in 1940 when states were just beginning viable wildlife conservation programs, there were only remnant populations of deer and turkeys in Alabama.  Hunter-funded game-law enforcement and science-based biological activities have resulted in phenomenal recoveries of deer, turkeys and a host of other species. Next time you see a deer or a turkey, or an eagle for that matter, thank a hunter.

This phenomenal success story is the result of a partnership between hunters, manufacturers, landowners, and professionals in the then-Game and Fish Division, now called Wildlife and Freshwater Fisheries Division.

The numbers are telling:  In 1940, there were an estimated 16,000 deer in the whole state of Alabama; today, the population exceeds 1.5 million.  Turkeys had dwindled to 11,000 statewide in 1940.  Today’s population exceeds 500,000.  Due to hunter-funded management and protection, wildlife populations are generally far more abundant.  The resultant hunting opportunities provide over 10 million man-days of wholesome, fulfilling outdoor recreation every year in Alabama alone.  The economic impact of hunting in communities across the state is estimated at $1.8 billion annually.

Everyone Benefits.  Alabama, like all 49 other states, is allocated its share of federal matching money each year for wildlife management activities based on the number of licensed hunters and the state’s land mass.  Everyone benefits from these wildlife management activities funded by hunters.  The benefits to all of society can only be sustained by continued strong participation in hunting.

A related organization, H.U.N.T. (Hunters United Now Tomorrow) Alabama is working to promote unity among the community of hunters and to lobby for hunting in the legislature.