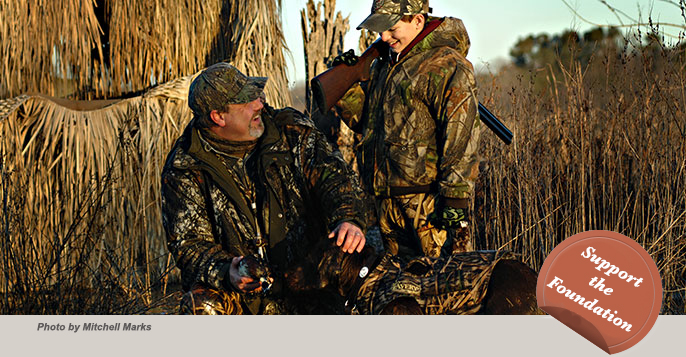 Fair Chase is the balance between the hunter and the hunted animal that occasionally allows the hunter to succeed while animals generally avoid being taken.

Fair chase laws, outlawing unfair methods like poison, snares, or bait, ensure that the hunted animal has a reasonable opportunity to elude the hunter.  Public support is strong for hunting so long as fair chase is maintained, but is largely lost when the hunter has an unfair advantage.

Some misguided souls—bless their hearts—would argue that fair chase laws are no longer needed and that they make hunting too difficult.  This argument is like saying the rules for football should be changed to allow one team to have six more players than the other one, or if the ball comes within 20 yards of the goal then there’s a touchdown.

Thankfully, the vast majority of hunters are ethical, law-abiding folks who are able to enjoy the experience without turning it into some kind of drive-up window affair.